Summer-Ready Savings: Up To $500 Off Training

Cybersecurity involves several layers of protection on a network and of programs on hardware to shield sensitive information. Ultimately, cybersecurity encompasses everything an individual, corporation, small or medium business and government institution require to prevent disruption of daily operations.

Cybersecurity is key to protecting computers, networks and data from malicious attacks by hackers seeking to steal, alter or destroy sensitive information under the motive of money, a vendetta against a business or other circumstances.

Listed below are the most common types of cybersecurity and why they're essential for businesses of all sizes.

Application security involves the use of physical and software preventative measures to secure apps from external threats. It is normally conducted during the development of an app.

Cloud security is the protection of the apps, data and infrastructure involved in cloud computing.

Information security encompasses the processes implemented by an individual or organization to protect physical and digital sensitive information.

Network security involves upgrading defenses on a network to protect IT infrastructure, as well as installing preventative measures on physical devices.

The Most Common Cybersecurity Threats

Listed below are the most common cybersecurity threats to the loss or corruption of sensitive information on digital devices.

A denial-of-service (DoS) attack involves corrupting a device or network to render resources temporarily or permanently unavailable to its owner.

Malware is a term for a category of malicious software, including ransomware that locks devices, spyware that intrudes on user privacy and viruses that corrupt or destroy data.

Cyberattackers use a range of methods to inject malware into a user's device, usually without the user knowing they've allowed it to happen. Malware is injected through the opening of unsecured links and attachments that contain hidden malware installation.

A man-in-the-middle (MITM) attack occurs when an attacker covertly relays and alters the communication between two users who believe they are messaging each other.

Phishing occurs when a cyberattacker impersonates a legitimate institution or a person the recipient trusts. It involves the use of an email, phone call or text message to trick the recipient into disclosing confidential information or downloading nonsecure links in the message.

Structured Query Language (SQL) is a programming language used to manage databases. SQL injection targets vulnerable sites and uses malicious code to command the server to provide information it usually would not. SQL injection is one of the most common web hacking techniques, and one of the worst parts of this threat is that a database can be at risk without any indication of malicious activity.

Adware is a software application that automatically downloads or displays advertising banners or pop-ups when an application is running or when a user is online. It can be defined as a software that feloniously creeps advertisements into your browsers and applications with a mere goal of producing monetary payoff for the adware producers.

It is the process of identifying whether someone or something is in reality who or what it declares to be. Authentication is used to provide access control for systems by verifying if a user’s ID matches with the ID of authorized users in the database or on the data authentication server.

The term is a blend of the words “Robot” and “Network”. A botnet is a network of robots that have been developed to commit cybercrime and are controlled by a “bot-herder” or a “hacker”. It performs various malicious activities on the command of an attacker providing them complete control of an affected computer remotely.

It is an attack and defense strategies that recites on the curiosity and greed of the victim or a specific target. It is almost like a phishing attack, but this comes with a promise of a product or an item that hacker use to compel users to click on it.

This is the most common cybersecurity term in the news all the time mentioning another company is getting data breached. A data breach is an unauthorized entry into an organizations database providing hackers access to all customer data like -SSN’s, Bank Account Numbers, Passwords, Credit Card Numbers, and more. A data breachexposes the most valuable and sensitive information of an organization.

Abbreviated as Distributed Denial of Service is one of the most common cybersecurity attack and a favorite black hat tool. In DDoS attack, multiplecompromised(systems infected with a Trojan) computers or systems are used to attack a single target such as a website, a network resource, or a server by overwhelming the target and its surrounding infrastructure with a flood of connection request, incoming messages, or malformed packets.

It is nothing but the networking of devices like routers, switches, printers, scanners, and computers that are interconnected and supervised as a whole.

The process of making the information unreadable to anybody who is not authorized to access it. The information is encoded using PKI and SSL.TLS protocol and only authorized users can decode the encrypted data using decryption keys or passwords. It is just similar to using a code cipher for communicating a top-secret coded spy message.

An attack which takes advantage of the passiveness in networks, operating system, applications, any software code, or hardware. Exploit, here is used as a verb referring to the process of successfully making such an attack.

Firewalls are a defensive security technology developed with the intent of keeping the bad guys out. It is software used to maintain the security of a private network by keeping the intruders out — a firewall blocks or permits traffic to a network based on a pre-defined set of security rules. A firewall can either be hardware-based or software-based.

Is a measure of the difficulty a hacker or an attacker has to guess the average password used in a computer system, Guessing Entropy is usually measured in Bits.

There are two types of hackers- Black Hat Hacker and a White Hat/Ethical Hacker. A person who not being authorized somehow tries to gain access to a system, and its information with the sole purpose of causing damage or theft is a Black Hat Hacker.  Ethical or a White Hat Hacker is a person who is authorized to test out systems and servers to identify any security vulnerabilities and information the organization as to where the security needs to be stronger.

A software program, a hardware device or a virus which reports keyboard strokes. Hackers use a keylogger to monitor and track input on a numerical pad (similar to the one on POS machines) or keyboard with the intent of capturing the most sensitive information like  Credit/Debit Card PIN and Passwords in real-time.

Malware derived from the combination of words “Malicious ” and “Software” is a software that accesses, controls, and damages systems using the harmful code. Rather you can term it as the “Bad Guy,” it is an umbrella term used for various types of malicious software’s that have been designed to cause damage to a system. The most common types of Malware are – Ransomware, Viruses, Worms, and Trojans often delivered through spam emails.

The most common technique used by hackers to steal sensitive personal information such as emails, phone number, PINs, Passwords, Bank Account Numbers, or Credit Card Numbers. Phishing usually occurs through an unexpected email from a legitimate organization particularly a bank, credit card company, charitable trust or others compelling you to reply to the mail with details like password, bank account number, and credit card details or enticing you to download a file or a link that infects your system with a malware.

Ransomware, sometimes also referred to as cryptoviral extortion is a kind of malware that prevents you from accessing certain important files on your computer by encrypting them. The victim can then restore access to the data only when they pay someransom to unlock it. WannaCry and NotPetya are the most aggressive forms of Ransomware.

One of the most common techniques used by black hat hackers to hide their identity by pretending themselves to be a trusted source and trying to fool people over the internet.  It involves the act of sending email to gain unauthorized entry into a secure system. This is accomplished by changing the IP address so that it seems to the victim that it comes from a trusted source.

This is a kind of malware that usually dates back to the Floppy days. A software program (malicious code) which copies itself to other programs with the intent of corrupting, erasing, and destroying information on a computer without the user's knowledge.

A secure channel for connecting a series of systems and devices in a private encrypted network. VPN allows users to maintain anonymity when using the network, making it difficult for hackers to attack.

A standalone malware that replicates itself without any human interaction with the sole intent of spreading itself to other systems in the connected network. These are the most common type of malware programs which cause harm to their host networks by overloading the server and consuming unnecessary bandwidth.

Cybersecurity is in Demand

There is a wide gap in the field of cybersecurity when it comes to qualified professionals. In fact, the unemployment rate in the cybersecurity field is expected to remain at zero percent until at least 2021. The opportunities are endless, and present good reason for every IT professional to learn basic cybersecurity skills.

According to the U.S. Bureau of Labor Statistics, the rate of demand for information security jobs from 2012 to 2022 is higher than the average for all other professions. Cybersecurity Ventures predicts a gap of 3.5 million cybersecurity positions by 2021 across the world. According to ISACA, all big companies will have a chief information security officer by 2021. Every technology expert should strive to protect software, hardware and people from malicious software activities.

As the adoption of cloud computing continues to rise in popularity, having professionals who possess cloud security skills is crucial for keeping up with the market shift. Security professionals must develop their skills in cloud security to prepare themselves for a future where all companies are utilizing cloud computing in their daily operations.

The most in-demand careers in cybersecurity include chief information security officer, security engineer, network architect, systems administrator, security analyst and cyber forensics investigator. They all work toward the single goal of protecting network and hardware from cyberattacks.

A single data breach can lead to significant losses for a business and its customers. There is a high demand for cybersecurity experts who can quickly detect network intrusion and mitigate the loss of sensitive information.

A malware attack is a serious threat that requires cybersecurity specialists to exercise their training in digital threat management, business continuity and disaster recovery planning.

Programming knowledge allows cybersecurity experts to quickly identify the possible risks, analyze them and come up with methodical contingency plans. Knowledge in system design, administration and networking are also highly sought after.

In today's economy, technological capabilities are rapidly accelerating, and the demand for cybersecurity professionals will continue for years to come to ensure businesses can scale safely.

A cybersecurity certificate is the best first step to enter the field, as such programs equip IT professionals with vital skills that prepare them for a rewarding career. Prospective students who work full time can also take self-paced cybersecurity courses through virtual training.

Enrolling in an instructor-led virtual training course enables you to learn essential skills and relevant knowledge, including information about the gaps in today's IT security. The highest-quality virtual training courses provide opportunities for instructor-student engagement by allowing students to ask questions and receive answers in real time, much like a traditional classroom.

We offer a wide variety of Cybersecurity Training courses, learn more below. 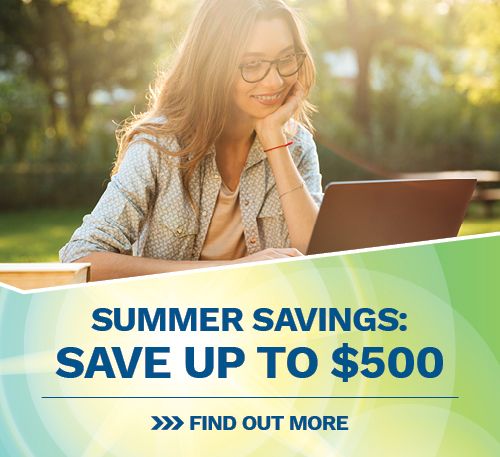