Learn to put the world's simplest IT automation platform to work in your own organization. Ansible is a radically simple IT automation engine that automates cloud provisioning, configuration... 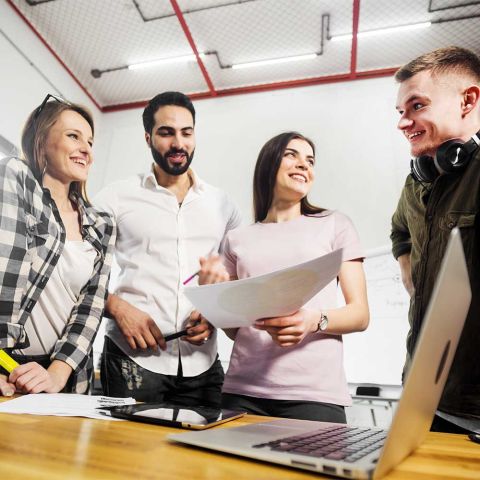 Learn to put the world's simplest IT automation platform to work in your own organization. Ansible is a radically simple IT automation engine that automates cloud provisioning, configuration management, application deployment, intra-service orchestration, and many other IT needs. Designed for multi-tier deployments since day one, Ansible models your IT infrastructure by describing how all of your systems inter-relate, rather than just managing one system at a time. It uses no agents and no additional custom security infrastructure, so it's easy to deploy — and most importantly, it uses a very simple language (YAML, in the form of Ansible Playbooks) that allow you to describe your automation jobs in a way that approaches plain English. This course demonstrates the flexibility and power of the Ansible configuration management system, and how it can be used to build and scale highly reliable infrastructure for your own environments and projects. Using real world examples, we demonstrate how Ansible can be used to manage environments as small as a couple of servers, or for massively distributed infrastructure that spans the globe — all with the same simple syntax. By the end of this course you will have a solid understanding and hands-on experience building reliable and easily reproducible infrastructure using Ansible, and the knowledge to integrate Ansible into your operations workflow. Our continuous hands-on lab classroom format and real-world practice scenarios cement your new skills with Ansible's tools and leave you prepared to begin taking advantage of radically simple configuration management.

The workshop includes one of the only comprehensive books available on Ansible.This class includes a free copy of Ansible: Up & Running by Lorin Hochstein. This text from O'Reilly, plus your classroom guide, will serve as invaluable references for you to use back at work.

Hands-on Practice Lab: Create a playbook to install and configure openssh-server on all nodes and make sure it is running.

Hands-on Practice Lab: Refactor your inventory so that your staging environment is local using Vagrant, and your production environment is built on DigitalOcean.

Hands-on Practice Lab: Proceed with deploying our application on your local Vagrant environment.

Hands-on Practice Lab: Create some tests for our SSH playbook to make sure there are no syntax errors and that Ansible is configuring nodes as expected.

10. Preparing for Ansible back at work

The training was good but needed the basic skills of maximo before getting deep in the configuration of it.

I was very satisfied about how the course was organized. Sean Did a very good work