Learn how to install and deploy ForgeRock® Identity Management (IDM) in an on-prem or self-managed cloud environment to manage the lifecycle and relationship of digital identities. Topics include... 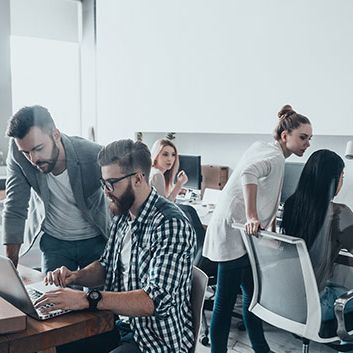 Learn how to install and deploy ForgeRock® Identity Management (IDM) in an on-prem or self-managed cloud environment to manage the lifecycle and relationship of digital identities. Topics include how to model identity objects in IDM, create connector configurations and synchronization mappings to manage the flow identity objects and properties with various external identity resources, manage workflows, and deploy IDM within a cluster. This course explores the identity management-related features in depth, how they work, and the configuration options available during implementation.

Chapter 4: Getting Started With Workflow

Lesson 1: Deploying and Starting a Workflow

Lesson 2: Deploying and Creating a Workflow

Lesson 2: Deploying IDM in a Cluster

Lesson 5: Managing IDM in a Cluster

The class was very vast paced however the teacher was very good at checking in on us while giving us time to complete the labs.

had a good time with the course, however some topics were left out due to the compact amount of time for training.