System z continues to extend the value of the mainframe by leveraging robust security solutions, to help meet the needs of today's on demand, service-oriented infrastructures. System z servers have... 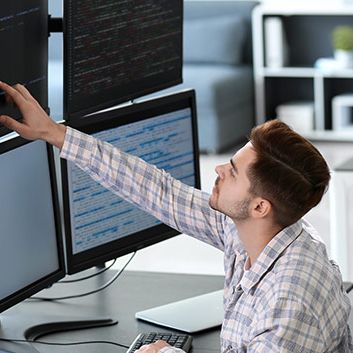 In the hands-on exercises, you begin with your own z/OS HTTP Server in a TCP/IP environment. Throughout the exercises, you make changes to the configuration to implement authentication by using RACF, SSL and the use of digital certificates. Use is made of facilities such as RACDCERT to manage digital certificates, PKI Services and RACF auto registration. You will also implement different scenarios to implement ssl security for a typical tcpip application; FTP: SSL, TLS, server authentication, client certificates and AT-TLS. These exercises reinforce the concepts and technologies being covered in the lectures.

This class is intended for z/OS system programmers and security specialists in charge of designing and implementing z/OS security for web-enabled applications.

Easy to work with. Learning material pdfs were able to be printed out in color which was very nice to write on.

Good training. A lot to take in for the short amount of time we have though