THE 2023 STATE OF IT TRAINING REPORT

In this three-day, hands-on Developer training course, you will learn how to build an application that can publish data to, and subscribe to data from, an Apache Kafka® cluster. You will learn the... 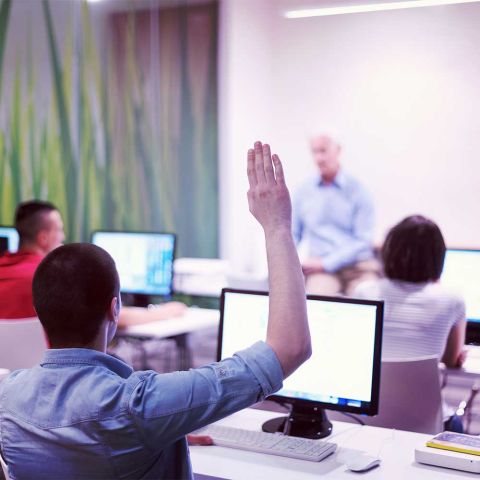 In this three-day, hands-on Developer training course, you will learn how to build an application that can publish data to, and subscribe to data from, an Apache Kafka® cluster. You will learn the role of Kafka in the modern data distribution pipeline, Kafka architectural concepts and components, and review Kafka developer APIs.

In this hands-on course, you will:

Application developers and architects who want to write applications that interact with Apache Kafka®. The course treats Java as a first-class citizen, but students will derive value even if Java is not their primary programming language. Python, C# and NodeJS clients will also be used.

Attendees should be familiar with developing professional apps in Java (preferred), C#, or Python. Additionally, a working knowledge of the Apache Kafka architecture is required for this course, either through:

The hands-on lab exercises in the course follow the coherent story of building and upgrading a driver location app. This gives a throughline throughout the course where concepts are applied directly to a working application. Exercises are available in Java, C# and Python.

They are very good and made sure we had all the appropriate materials for class.

ExitCertified gave me some good trainings and I got to learn through doing labs.

The training was great . But i expected some of the Networking concepts would be covered in this certification .

Instructor knew her stuff. Long time in the industry. Course was easy to follow and very informative.